How an individual’s genetic characteristics interact with the early/neonatal and postnatal maternal environment to culminate in obesity and its secondary complications is being studied through clinical and basic approaches. Genetic studies are underway to identify gene mutations involved in monogenic obesity, identify new candidate genes and analyse polygenic and epigenetic causes of obesity. New candidate genes have been identified and are being studied, as well as genotype/phenotype interaction and ethnic influence. Metabolic studies are underway to better understand the processes involved in the development of insulin resistance and type 2 diabetes in obese children.

Metabolites that may be involved in this process have been identified and will be studied in depth. Furthermore, it seems that this process is different in men and women, even at a pre-pubescent age. This will be explored in detail. We have recently identified a new monogenic cause of human pathological growth that relates to skeletal abnormalities. The underlying cause is the involvement of the insulin-like growth factor (IGF) system, and this new syndrome will be analysed in detail for new concepts about the physiological functioning of the IGF system.

Animal models are being used to analyse how poor maternal and/or neonatal nutrition, stress or changes in specific hormones during neonatal life affect adult metabolism, with special attention focused on the differential response between males and females. Studies analysing the effect of increased levels of central leptin on insulin signalling in CNS and adipose tissue demonstrate a relationship between insulin resistance, hypothalamic inflammation and energetic homeostasis. Hypothalamic glial cells are a major research focus due to their newly recognised role in metabolic control.

We have shown that they respond to weight gain and metabolic hormones such as leptin. Our current interest includes analysis of glial responses to specific nutrients and how these might influence metabolic response to weight gain. Weight gain and abnormal circulating leptin levels have been implicated in increased susceptibility to neurodegenerative diseases, to varying degrees in men and women. Future studies are planned to determine the role of astrocytes as mediators of protective and/or detrimental responses to high-fat diet intake in neurodegeneration. 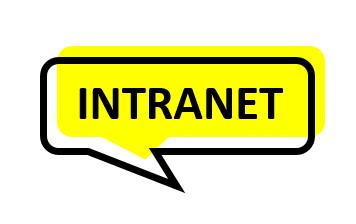